Fog computing, the strategic IoT gateway for "Cloud of Things" 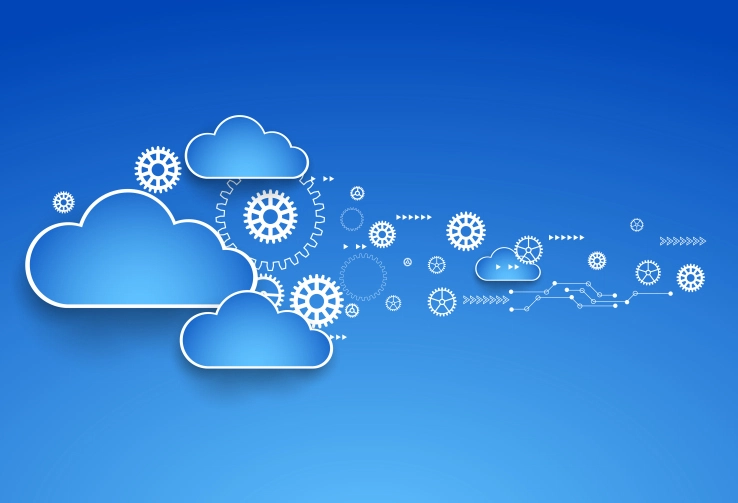 The cloud computing is well adapted and enabling most of the innovative technologies today, I am attempting a compilation from various sources to bring a closer look at Fog Computing, a "Cloud of Things" i.e. ecosystem of Cloud computing and IoT Systems enabler. The edge computing is becoming more and more significant and with advancements in mobile computing and associated peer to peer social applications, drones, connected cars and augmented reality etc driving the agenda on how the data gets generated, processes (locally) and disseminated with decentralized way yet building up the knowledge repository centrally to draw insights from algorithms and AI/ML (read artificial intelligence and Machine learning) artefacts. Apple integrating neural chips (read, A11 bionic neural engine) to iphone is a great testimony of the edge computing advancement. As these edge devices get more and more sophisticated and intelligent, in reality it is still all about the data and the massive distributed processing balancing between edge of network, on the cloud, by and between devices. By far we knew edge computing only as a component to interact with IoT systems on the edge and nothing more still it fits as a subset into an open interoperable Fog Computing Architecture.

Fog computing ( or Fog Model or Fogging) is the idea of a distributed network that connects these key environments acting as a link between local and cloud aspects of data being captured, processed and stored via multiple technologies. One may say it is the concept of a network fabric that stretches from the outer edges of where data is created to where it will eventually be stored, whether that's in the public cloud or in a private cloud residing in customers data center. It serves as a layer atop distributed software defined network, and closely associates cloud computing with emerging technologies such as IoT, 5G and further AI/MI for end to end enablement. 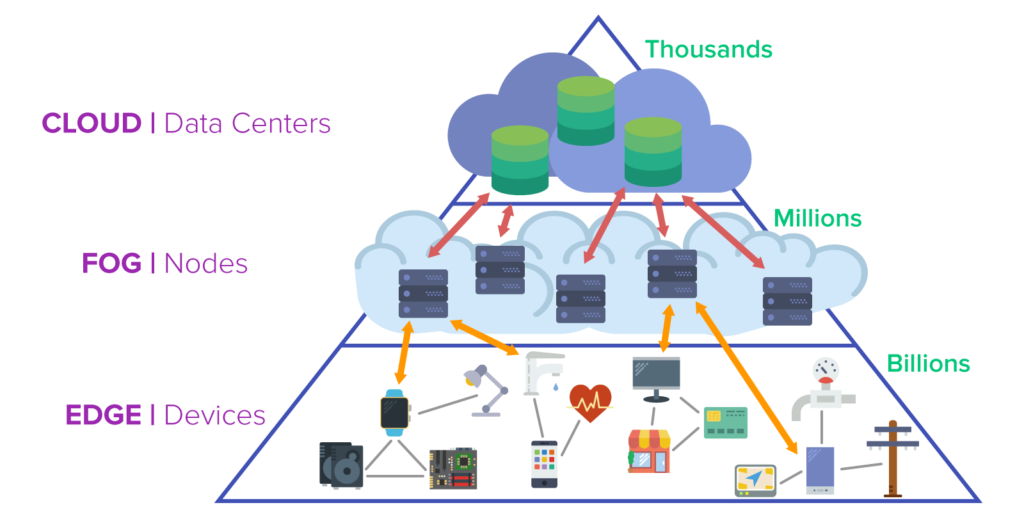 In 2015, a group of high tech companies and academic institutions across the world founded Open Fog Consortium to standardize and promote fog computing in various capacities and use cases in the field with three key objectives, that it should be horizontally scalable to support multiple industry vertical use cases be well connected with "Cloud to things" as continuum and be a system-level technology, that extends from things, over network edges, through to the cloud and across various network protocols and technologies, In simple words, fog computing is "a system-level horizontal architecture that distributes resources and services of computing, storage, control and networking anywhere along the continuum from "Cloud of Things."

The key players who formed the consortium way back in 2015 are Cisco Systems, Intel, Microsoft, Princeton University, Dell, and ARM Holdings. Currently it has 57 members across the North America, Asia, and Europe, including Forbes 500 companies and noteworthy academic institutions to take this forward.

So how does Fog Computing work?

Essentially, A fog computing fabric can have a variety of components and functions. It could include fog computing gateways that accept data from wired and wireless granular collection IoT endpoints / devices, including hardened routers and switching equipment till customer premise equipment (CPE) and edge gateways and further may touch core networks and routers and eventually global public / private cloud services and servers. Fundamentally offering more choices low-latency network connections between devices and analytics endpoints. As an added benefit, policy deployments for data security features in a fog network, from segmented network traffic to virtual firewalls is possible by design. The applicability of the fog framework is being explored to enable big data structures, augmented reality, real-time analytics, connected cars, smart cities to name few high level use cases. Just to illustrate, Another dimension of deployment of Fog architecture for 5G cellular networks will tremendously help shorten the latency arising from the geo location of data centers.

Wikipedia aptly illustrates architecture of Fog networking ( Read Fogging) that consists of a control plane ( router Architecture & routing / forwarding etc) and a data plane.( that decides what to do with packets arriving on an inbound interface) For example, on the data plane, fog computing enables computing services to reside at the edge of the network as opposed to servers in a data-center. Compared to cloud computing, fog computing emphasizes proximity to end-users and client objectives, dense geographical distribution and local resource pooling, latency reduction and backbone bandwidth savings to achieve better quality of service (QoS) and edge analytics/stream mining, resulting in superior user-experience and redundancy in case of failure while it is also able to be used in AAL scenarios.

As per Cisco, Fog Computing provides benefits in advertising, computing, entertainment and other applications, well positioned for data analytics and distributed data collection points. End services like, set-up-boxes and access points can be easily hosted using fogging. It improves QoS and reduces latency. The main task of fogging is positioning information near to the user at the network edge, this enables the principle of Sense-Plan-Act (the predominant robot control methodology through 1985 likes of OODA Loop, a combat operational process used in US air force) adding agility at the edge! 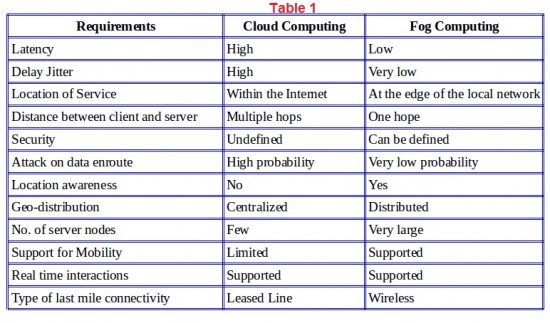 Typical characteristics of Fog Computing is based on the key tenets such as Low latency and location awareness, Wide-spread geographical distribution, Mobility, Very large number of nodes, Predominant role of wireless access, Strong presence of streaming, Real time applications, and Heterogeneity these tenets drive the use cases and provide a strong construct of Fog Model. Additionally few more advantages of Fog Computing are significant reduction in data movement across the network resulting in reduced congestion, cost and latency, elimination of bottlenecks resulting from centralized computing systems, improved security of encrypted data as it stays closer to the end user reducing exposure to hostile elements and improved scalability arising from virtualized systems. Eliminates core computing environment and improves security as it can be deployed at granular level and data is encoded as it moves towards the network edge.

To Conclude, fog computing is an advancement to provide logical structure and a model to handle exabytes of data generated by IoT end points, devices, sensors and helps process the data closure to the point of origin and duly solving the challenges of exploding data volume, variety, and velocity. It does helps significant benefit of lowering the response time to events by eliminating a round trip to the cloud for secure on prim analysis thus saving costly bandwidth additions by offloading gigabytes of network traffic from the core network. Ultimately, fog computing he here to stay and enable users gain deeper and faster insights, leading to increased business agility, higher service levels, and improved data security and containment. Fog Computing will drive "Cloud of Things" in years to come!!