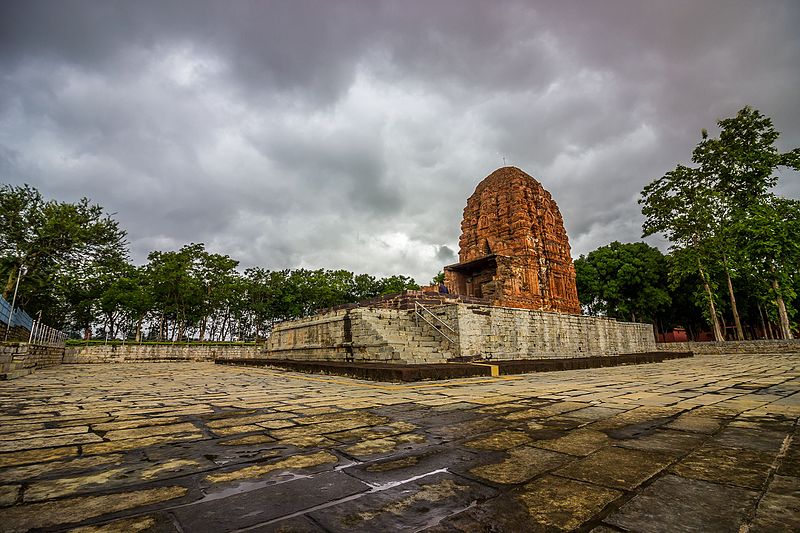 In the centre of Bijapur town, where signs of conflict abound be it large 'Fight against Maoism' posters or the Mine Protection Vehicles parked outside the police station is an oasis of modernity: the District Hospital.

When The Indian Express visited the hospital in September 2018, the building thronged with people from across the district. But until 2016, when the building was renovated, almost every patient was referred to hospitals in Jagdalpur, about 150 km away.

The individual who spearheaded the modernisation drive is Ayyaj Tamboli, the 37-year-old district magistrate of Bijapur

"The most important challenge was human resources. In a place like Bijapur, which has a tribal population and is affected by Naxalism, this challenge is magnified. We tried to attract human resources through different innovative strategies and it worked well. Spirited people joined the hospital and they have taken it up as their initiative. So it is their success," Tamboli said after receiving The Indian Express Excellence in Governance Awards that celebrated the finest work done by DMs across the country on August 21.

"I was posted to Bijapur in April 2016. My senior colleagues in Raipur had told me that health is something I should concentrate on. I realised that most tribal patients want either to be operated near home or not at all," he had told The Indian Express earlier.

Tamboli receives the award from Minister of Road Transport and Highways Nitin Gadkari.

Madkam Goma is in the hospital, attending to his father who is recovering after being operated for a tumour. "He had the tumour for many years. Earlier, a doctor in this hospital had asked us to go to Jagdalpur for treatment. But we didn't have enough money. Recently, an ASHA worker in our village told us that the hospital had improved. So we visited again and he was treated," says Goma.

Security officers stationed here admit that prior to the renovation of the hospital, most personnel injured in blasts were rushed to Raipur or Jagdalpur in helicopters and that took time. A commandant of a battalion near Gangaloor in Bijapur, who did not wish to be named, said, "Now most of the surgeries take place here and the doctors are excellent too. A camaraderie has also developed. On the request of doctors, our CRPF jawans often visit the hospital and donate blood because iron deficiency is common among the people here," says the commandant.

While modern infrastructure has helped improve diagnosis and treatment, it is human capital that has been the catalyst. These doctors were lured to Bijapur from different parts of the country with attractive contracts and the idea that they would have the opportunity to shoulder greater responsibilities as opposed to what they would have in bigger cities. These doctors live in a hostel complex in the hospital premises with their spouses, who have also been offered jobs with the district administration. "We incentivised doctors to come and live in Bijapur. Some visited the place and then decided to stay," says Tamboli